A celebration of life for Prof. James A. Van Allen was held Sunday, September 10, 2006, at 3 p.m. in Hancher Auditorium, Iowa City, Iowa

Photos taken prior to the memorial service 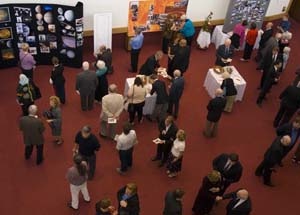 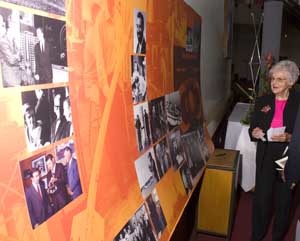 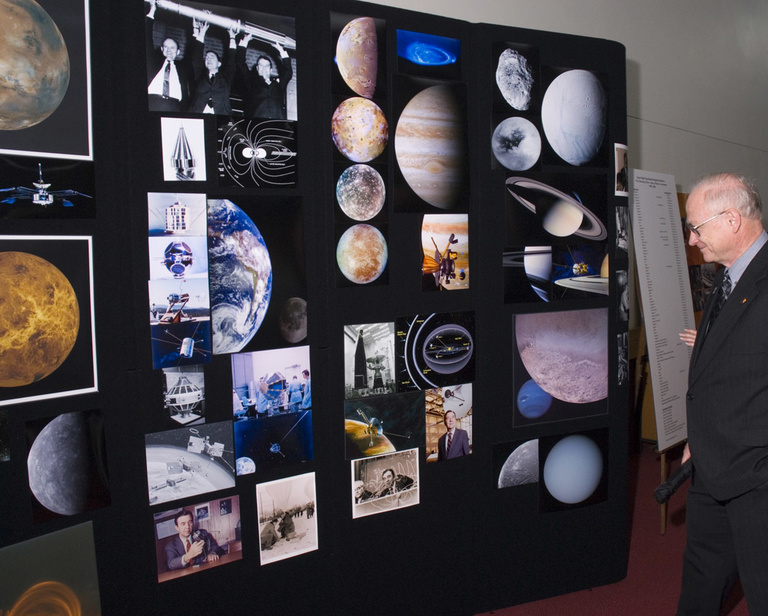 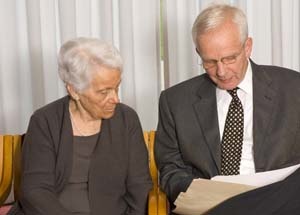 In celebration of the life of Prof. James A. Van Allen
Gary C. Fethke
University of Iowa Interim President

Craig A. Kletzing
University of Iowa Professor of Physics

The Mark of One Man

Dr. Van Allen once told a writer that he had placed “a moist fingerprint” on a gold-plated instrument package carried aboard the Pioneer 10 spacecraft just prior to its 1972 launch to explore Jupiter, Saturn and the outer reaches of the solar system. It comforted and amused him, he said, to think that he had left his mark on an object – currently more than 8 billion miles from Earth – that will be traveling among the stars long after he had died.

But his work didn't end there. Right through his 1985 retirement from active teaching and into 2006, he continued to be a presence in the University of Iowa Department of Physics and Astronomy, counseling students and colleagues and publishing research papers based upon cosmic ray data from Pioneer 10, which continued to send back data until 2003.

For his work, he received many awards, including membership in the National Academy of Sciences; the National Medal of Science, the nation's highest honor for scientific achievement and awarded by President Ronald Reagan; and the Crafoord Prize, presented by the King of Sweden, for scientific research in fields not recognized by the Nobel Prize.

Dr. Van Allen left his mark on students, too, including 35 doctoral students and 48 master's degree students, some of whom went on to study magnetospheric physics, a field of study he created. Also important to him were his many undergraduate students, many of whom did not major in the sciences. “I taught General Astronomy for 17 years, and it was my favorite course,” he once said.

Perhaps of equal importance to the mark he made on the world were the marks made on him by students, friends and family. For without the love and support of his wife, Abigail, and children Cynthia, Margot, Sarah, Tom and Peter, it would not have been possible – or half as much fun – for Dr. Van Allen to leave behind even a single fingerprint.