Courtesy of University of Iowa James A. Van Allen Collection

In the late 1950s, Van Allen began studying the feasibility of launching an artificial satellite and was funded to develop a Geiger-tube cosmic ray detector for the Vanguard program, which was designed to launch a spacecraft into a low Earth orbit. Before these plans came to fruition, the Soviet Union launched Sputnik 1, the world’s first satellite. In the resulting frantic effort to catch up with the Soviet Union, Van Allen was asked to install his instrumentation on a spacecraft to be launched by a rocket under development by Wernher von Braun at the U.S. Army’s Redstone Arsenal. The spacecraft, Explorer 1, was successfully launched in the early hours of February 1, 1958. A similar instrument was launched on Explorer 3, which carried a tape recorder that allowed data to be obtained for an entire orbit. Data from both Explorers 1 and 3 resulted in the discovery that Earth is encircled by two donut-shaped belts of energetic charged particle radiation, now known as the Van Allen radiation belts.

"The successful orbiting of Explorer I in 1958 is one of the landmarks in the technical and scientific history of the human race. Its instrumentation revealed the existence of radiation belts of the earth and opened up a massive new field of scientific exploration in space. It inspired an entire generation of young men and women in the United States to higher achievement and propelled the western world into the space age." 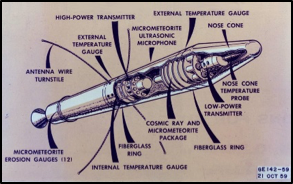 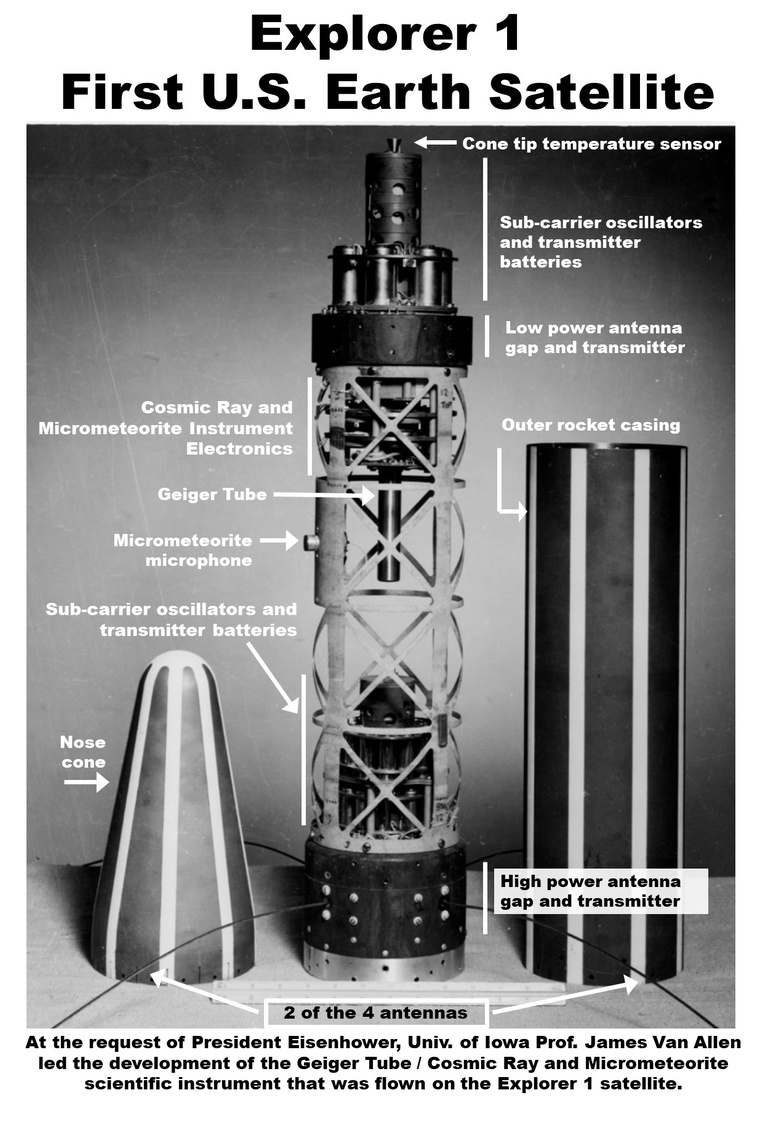 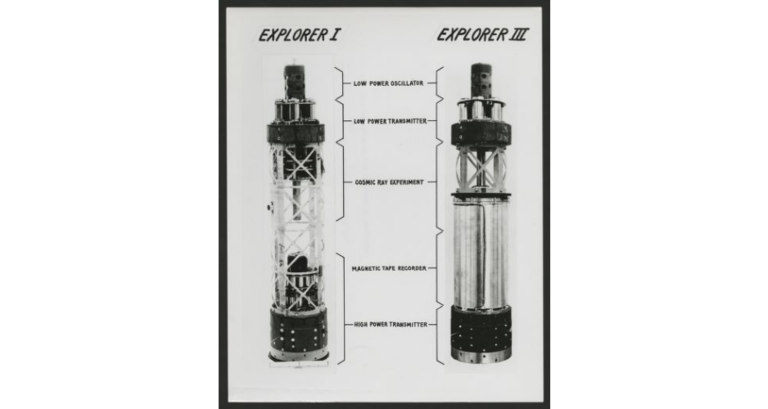 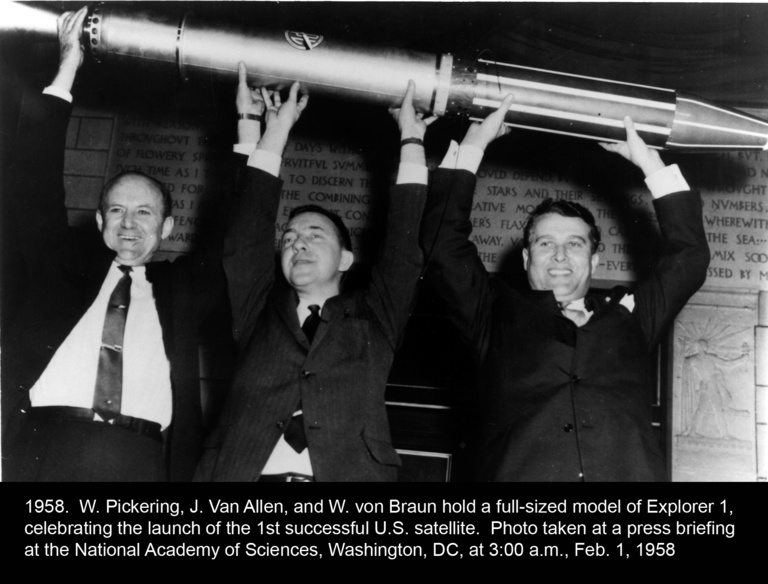 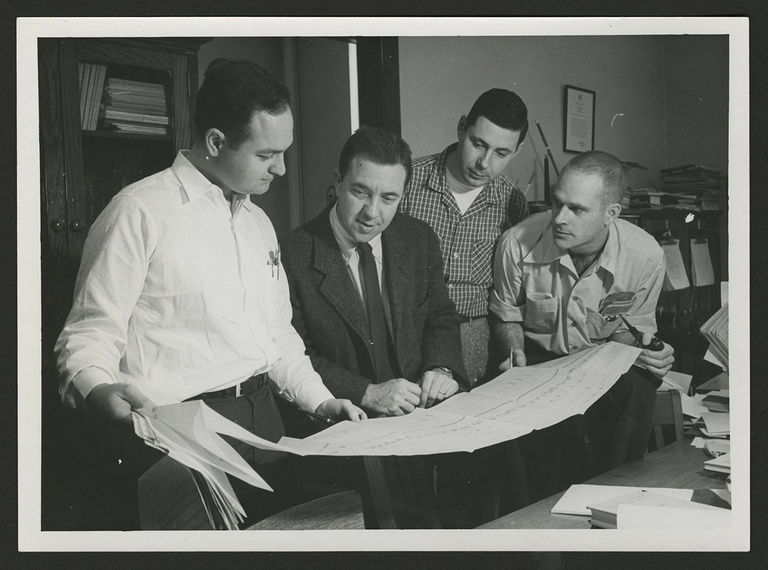 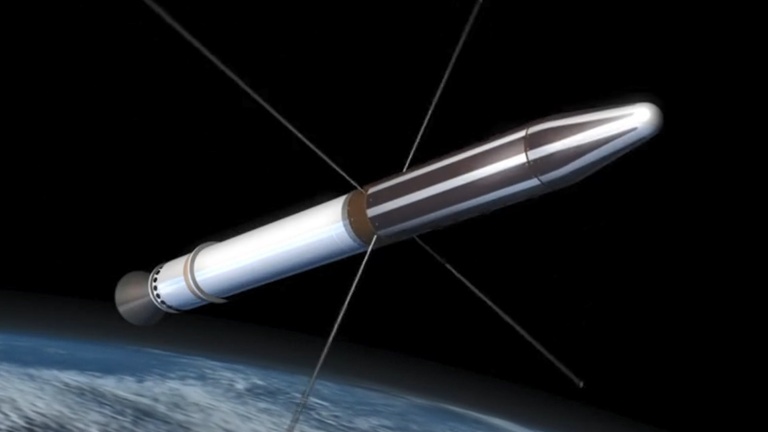 Learn more about Explorer 1 from the NASA Jet Propulsion Laboratory at Cal Tech. This site features a timeline, galleries, stories and an interactive app to take a virtual journey alongside Explorer 1 as it circles the globe. 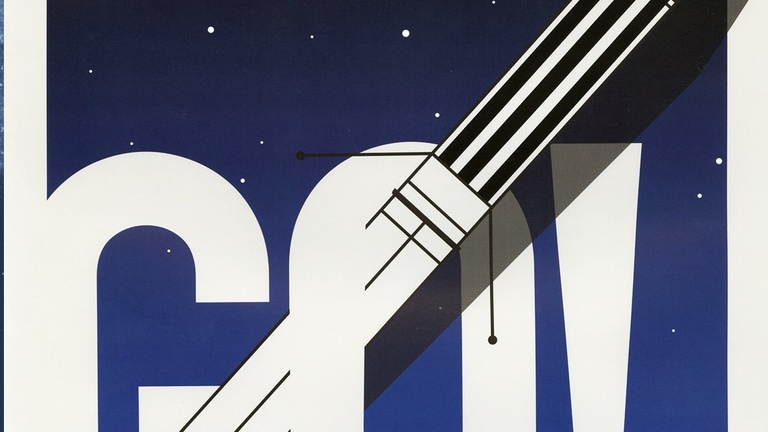 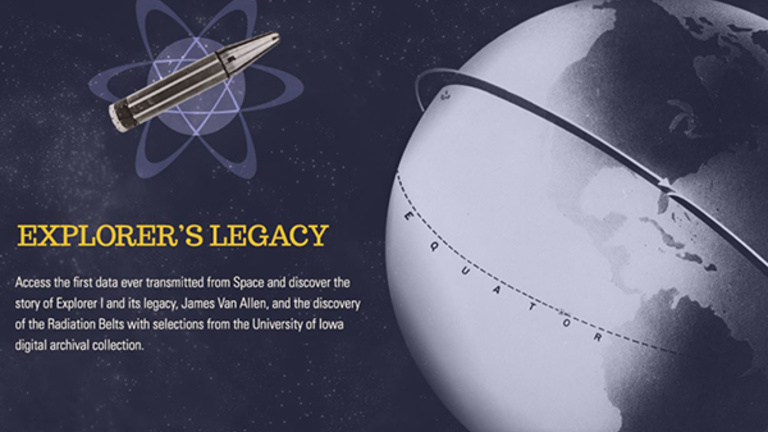 Presented by the University of Iowa Libraries, this website chronicles the mission that led to the first scientific discovery of the space age when Van Allen identified the radiation belts surrounding the earth. The website also provides, for the first time, access to the complete set of data collected during the Explorer I mission. Digitized from the original reel-to-reel tapes that have been preserved by the University of Iowa Libraries, these data represent the first scientific data returned to Earth from space.

The website embeds digitized content from the Van Allen papers within a new narrative account of the mission written exclusively for the site by Abigail Foerstner, author of James Van Allen: The First Eight Billion Miles. The presentation provides a complete overview of the development, launch, and success of the Explorer missions, and highlights the participation of the Department of Physics & Astronomy at the University of Iowa in many subsequent space missions, including the current Van Allen probes that continue to make new discoveries within the radiation belts.

NASA celebrated the 60th Anniversary of Explorer 1, the satellite that blazed the way for hundreds of missions to follow.

The world of 1958 was very different from today. Learn about Explorer 1's launch, months before the founding of NASA in this video.